Louis Pasteur Collection
JavaScript is disabled for your browser. Some features of this site may not work without it. 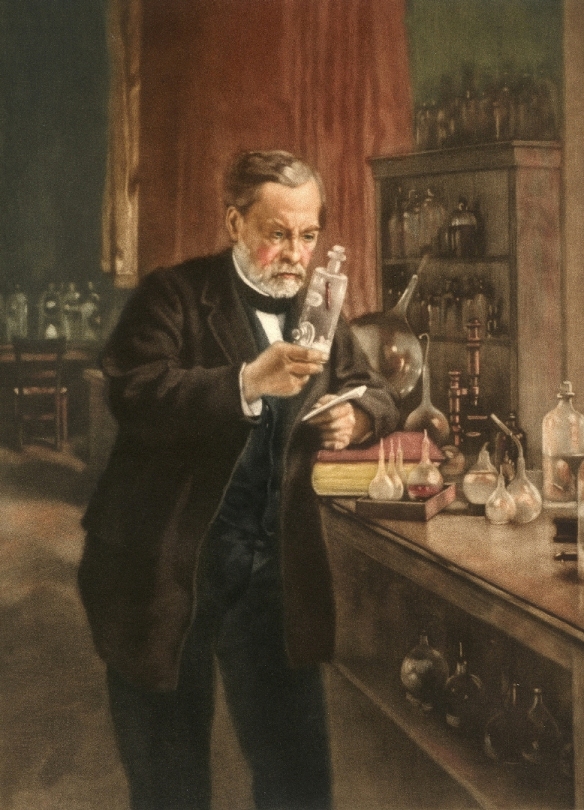 Louis Pasteur (1822-1895) is perhaps the most famous scientific figure in the history of science. He was instrumental in creating three major fields of science: crystallography, microbiology, and immunology. This established him as one of the most remarkable individuals of his day and thereafter.

As with many great figures in science, Pasteur’s library is a reflection of his person, his scholarship, and his accomplishments. The Blocker Collections is proud to house a significant portion of Pasteur’s library as well as several handwritten letters and unpublished papers. The Blocker Collections’ holdings of Louis Pasteur materials has been called “easily the most significant in the United States and most likely the entire world outside of the material held by l’Institiut Pasteur in France.”

Louis Pasteur was born on December 27, 1822 in Dôle, a small village in Eastern France. Although Pasteur’s parents (Jean Joseph Pasteur and Jeanne Etiennette Roqui) were of modest means and not well educated, they recognized the exceptional intelligence of their son and encouraged him to seek a higher education. During his childhood, Pasteur displayed little interest in science or in other fields except portrait painting. He floundered in his studies until his late teens, when he suddenly awakened to an interest in the physical sciences.

Pasteur carried out pioneering work in microbiology and immunology and because of his success, he was asked by the French government to examine the cause of wine spoilage that endangered a major industry in France. Pasteur used microscopy to discover that germs were responsible for the souring of wine and beer rather than a chemical process. To remedy this problem, he developed the process of “pasteurization” where the bacteria are removed by boiling and then cooling the liquid.

Pasteur was approached to solve another important commercial problem, the cause of the decline in the silk worms that was wrecking the silk industry in the south of France. Tedious microscopic observations proved that the silkworm disease was due to a number of infectious agents. These findings indicated that different pathogens might cause similar pathogenic events. Pasteur’s experiments with germs and infections resulted in a concern with preventing infections that were of major public concern. His investigations of chicken cholera, anthrax in sheep, and human rabies were important milestones in the history of microbiology and immunology.

Beginning in 1868, Pasteur suffered a series of strokes that gradually incapacitated him with the final, fatal stroke occurring on September 28, 1895, when he was 73 years old. Pasteur was instrumental in creating three major fields of science (crystallography, microbiology, and immunology) and admiration for his scientific achievements continues to the present day. His tomb in l’Institut Pasteur en Paris remains one of the most frequently visited memorials in France.

This project has been funded in whole or part with Federal funds from the National Library of Medicine, National Institutes of Health, under Contract No. HHSN-276-2011-00007-C with the Houston Academy of Medicine-Texas Medical Center Library.