Charles A. Berry, M.D. Papers
JavaScript is disabled for your browser. Some features of this site may not work without it. 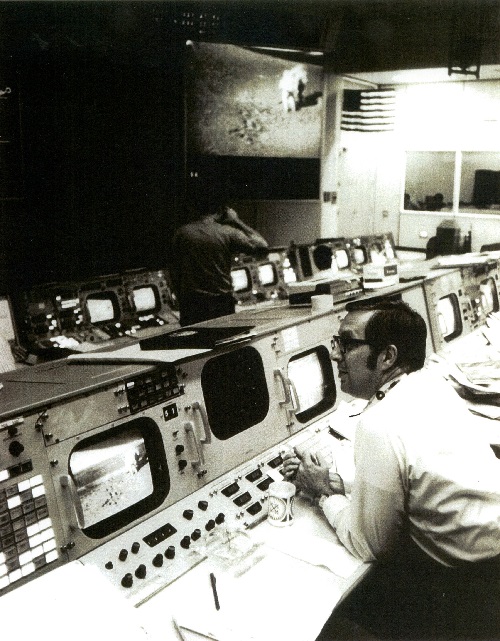 Charles A. Berry, MD, MPH was known as the “Astronaut’s Doctor.” Born in Rogers, Arkansas in 1923, he was raised in Indio, California. At age 20, he enlisted in the US Navy and graduated shortly thereafter from the University of California San Francisco School of Medicine. Discharged in 1947, he practiced general medicine for a few years in Indio. Soon after the outbreak of the Korean War, he enlisted in the US Air Force and was assigned to Randolph Air Force Base in San Antonio, where he enrolled in the inaugural class of the Aviation Medicine Residency Training Program of the USAF School of Aerospace Medicine (SAM).

After completing the program at Harvard School of Public Health, Dr. Berry returned to SAM to serve as the Assistant Chief (and later, Chief) of the Department of Aviation Medicine. His research at SAM involved sending military pilots to the edge of the atmosphere to study how their bodies responded to the altitude. In 1957, this research caught the attention of the newly formed National Aeronautics and Space Administration. Dr. Berry was chosen, as a member of a select group, to help determine which of the country’s finest test pilots could best withstand the rigors of space travel. The final decision of this group culminated on April 9, 1959 with the announcement of the seven Project Mercury astronauts.

From 1959-1974, Dr. Berry worked for NASA. He started as the Chief of the Medical Operations Office, then was promoted to Director of Medical Research and Operations. Finally, serving as the Director of Life Sciences at NASA headquarters in Washington, D.C. From 1966-1970, Dr. Berry also worked as a Professor and Chairman of the newly formed Department of Aerospace Medicine at the University of Texas Medical Branch at Galveston.

In the early 1970s, the Nixon administration sought to reduce US/Soviet tensions and felt that discussions concerning a joint space mission might help. President Nixon appointed Dr. Berry as co-chair of the US/USSR Joint Committee on Space Biology and Medicine. These negotiations eventually led to the Apollo-Soyuz Test Project in 1975.

From 1974-1977, Dr. Berry served as the first president of the University of Texas Health Science Center in Houston. Following that position, he was the House Physician on KPRC Channel 2 News where he prepared and delivered on-air health segments for morning viewers.

Since 1982, Dr. Berry has been the President of Preventive and Aerospace Medicine Consultants, P.A.

His achievements include: the NASA Exceptional Service Medal in 1965 for his work on Gemini; the Presidential Medal of Freedom Award in 1970 for his work on Apollo 13; and the NASA Distinguished Service Medal in 1973 for his contributions to the manned space program. In 2013, he was the recipient of the first Charles A. Berry Award given by the International Academy of Aviation and Space Medicine to a member who has made outstanding, long-term, personal contributions to the advancement of aerospace medicine.

In 1979 and 1980, Dr. Berry was nominated for the Nobel Prize in Medicine and Physiology for “his pioneering in the field of manned spaceflight, his preeminent of scientific leadership in the advancement of space medicine during the first decade of spaceflight, and his research proving his belief that man can adapt to extremely long periods of space flight and perform meaningful work in space making its further exploration possible.”

This project is made possible by a grant from the U.S. Institute of Museum and Library Services to the Texas State Library and Archives Commission under the provisions of the Library Services and Technology Act. (2018)

Collections in this community